Innovative Filmmaker James Cameron People call me a perfectionist, but I'm not. I'm a rightist. I do something until it's right, and then I move on to the next thing.

you can read all the books about filmmaking, all the articles in American Cinematographer and that sort of thing, but you have to really see how it works on a day-to-day basis, and how to pace your energy so that you can survive the film, which was a lesson that took me a long time to learn.
A director's job is to make something happen and it doesn't happen by itself. So you wheedle, you cajole, you flatter people, you tell them what needs to be done. And if you don't bring a passion and an intensity to it, you shouldn't be doing it.
If I never touch film again, I'd be happy. Filmmaking is not about film, not about sprockets. It's about ideas, it's about images, it's about imagination, it's about storytelling. If I had the cameras I'm using now when I was shooting Titanic (1997), I would have shot it using them. 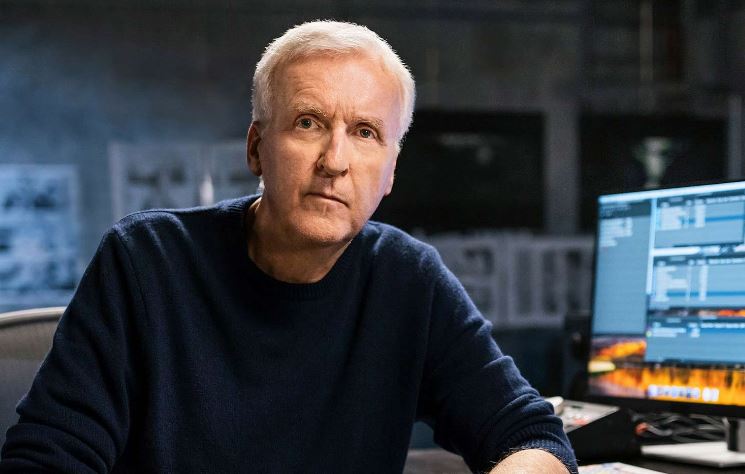 I don't look at scripts. I just write them.
There is this long, wonderful history of the human race written in blood. We have this tendency to just take what we want. And that's how we treat the natural world as well. There's this sense of we're here, we're big, we've got the guns, we've got the technology, therefore we're entitled to every damn thing on this planet. That's not how it works and we're going to find out the hard way if we don't kind of wise up and start seeking a life that's in balance with the natural life on Earth.
I came to filmmaking in the early '80s, and it was a time of deep economic recession. It was a time when VHS home video was taking money from the theaters. The film industry was depressed. That's what I knew - a state of upheaval and change. It all sorted itself out. These things always sort themselves out. The fundamental question is: is cinema staying or is it going away? I think it shows no signs of going away.
Curiosity - it's the most powerful thing you own. Imagination is a force that can actually manifest a reality.
The respect of your team is more important than all the laurels in the world. Don't put limitations on yourself, other people will do that for you. Don't do it to yourself, don't bet against yourself and take risks. NASA has this phrase that they like "failure is not an option," but failure HAS to be an option, in art and in exploration. Because it's a leap of faith. And no important endeavor that required innovation was done without risk. You have to be willing to take those risks. In whatever you're doing, failure is an option, but fear is not.
Read: Tamil movies hits and flops 2021
I think from the standpoint of the Hollywood mainstream, they got up one morning and opened the trades and went, 'What the hell is this movie that's number one this weekend?' And, by the way, it was number one the next weekend and the weekend after that. It dominated the Thanksgiving weekend against a couple of big pictures.
To me, [writing roles for strong women] is just another challenge. It doesn't matter to me if it's an engineering challenge, a scientific challenge, a writing challenge - for a man to write a woman and make her interesting to women as well as men, it's a challenge. Maybe it's just a quest to understand women who are sometimes inscrutable
There's an aspect of movie-making that rewards bad behavior. You're working with a team of people and you tell them what you want and a few weeks later they've forgotten everything. So you scream at them and somehow they remember. Not my actors, though - I've always been very circumspect with them.
Cinema News

Popular posts from this blog